Production isn't the only thing you should measure

Talent alone is not enough. The Oakland Raiders learned that lesson the hard way. You don’t have to.

Antonio Brown is one of the most talented players at his position in the NFL and if talent alone were enough, he would have a role in the Raiders starting lineup. But he isn’t. He’s a former Raider now because the Raiders—like so many businesses—the Raiders overlooked or ignored the other two areas you must measure when it comes to talent: attitude and maintenance.

Attitude involves interactions with others, disposition, outlook, positivity, etc. Maintenance is what an employee costs an organization financially, socially, and emotionally. 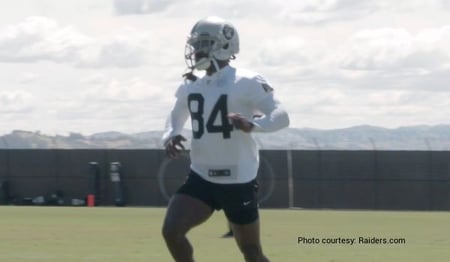 talent. But his most damaging costs were in the areas of attitude and maintenance. He was selfish. He was a distraction from the organization’s pursuit of its goals. He created the perception of chaos. He made the Raiders look weak and foolish in social media. He was a royal pain in the neck to the organization’s leadership.

Smart organizations measure all three aspects: production, attitude, and maintenance. All three are real. And everyone in the organization—any organization—knows they are real because they live with the reality every day.

You can’t preach team—whether you are a football team or a team of surgeons, car dealers, or flight attendants—and reward only production. You can’t value a good attitude and not measure it. And you can’t limit your measurement to financial accounting alone. The social costs of a renegade, selfish, myopic employee—no matter how talented—are too high to ignore in the age of social media when the rest of the world can get a pretty good glimpse into your organization.

We built Trigger to measure all three areas and do to it quickly and accurately. The concept evolved out of my growing up around and spending my career working around NFL teams. I’ve seen first hand, over and over, the impact attitude and maintenance have on teams, on organizations and on businesses.

Trigger would have identified Antonio Brown as what we call a “Replacement Player” long before he took to Twitter and Instagram to bash the organization that gave him a 30-million dollar guarantee.

The Antonio Brown case also points to an inherent flaw with year-end employee evaluations. Sometimes you need to make important talent decisions in April, in July, or in September. Waiting for the end of the year to figure out you have a problem lends itself to having problem personnel metastasize throughout an organization and destroy a culture.

Because the Raiders didn’t assess the impact Brown would have in the areas of attitude and maintenance, ironically they find themselves with reduced production now. You will too if you don’t take a complete assessment of your team’s talent.

The best part of a more wholistic approach is it takes far less time than you think and saves you far more time and money than it takes to cleaning up the mess caused by talent whose productivity leads you to believe you can look the other way when it comes to attitude or maintenance.

If you'd like to see how Trigger can help your organization evaluate and develop talent, click below and see our mobile app in action.